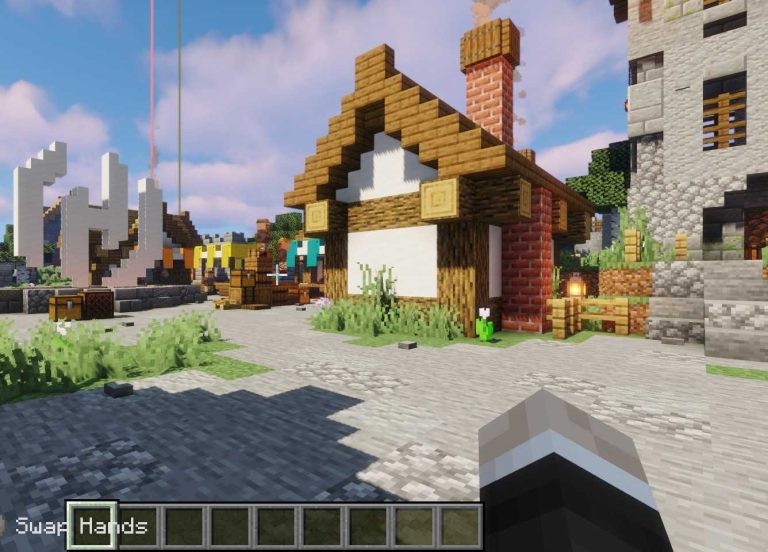 Imagine the conversation Markus Persson, illustrious creator of Minecraft, had with colleagues in a dive either six years ago: “Guys, I’m finishing a game that will be the bomb.”

“No argument, no end, no goals that go beyond resultona build a house where at night hide the pixels with bad intentions. What do you think? “.” This … er … interesting, Markus, sure you petas “he said holding my colleagues laugh as they could.

And look, it turns out that what petó. A few months ago, the release of Minecraft for Windows Phone, one of the few platforms that were still waiting for one version, brought me back to enjoy the game on your Pocket version. And, against all odds, I got to enjoy it.

Years later, the time and updates have been added to the sandbox thousand possibilities Markus cubes with higher resolutions, new game modes and, above all, millions of enthusiastic players of this curious and seemingly boring-but terribly addictive if you neglect one LEGO tonta- afternoon.

A handful of hours and thousands of cubes behind me, I realize that the genius of Minecraft has filed to present a game underdone, just passed by the pan. Ready for any cocinillas you add your spices, give doneness and emplate like star family recipe.

And as in the world of video games surplus creativity, enthusiasm and free time and idle singles -Players students, I will maldigo- what began as a game in half-Alpha version, it became a best seller that eventually lead to the insatiable Buchaca of Microsoft .

So finally I managed to understand each other’s success this ugly world but infinitely malleable block, received with open arms waves of modifications and creations of a community that, even today, not for stacking cubes and ideas. Who would have said.

The average human being is fickle, unpredictable and generally bovine-at nature. So I decided long ago not to prophesy or issue early judgments about the success or failure of a technological product.

Perhaps the lace that has given me a revelation of this caliber is seeing social networks and trends . Frankly, I do not understand anything and, at this point, nor do I attempt to understand where lies the success of a post, a YouTube video or a meme.

I do not know what goes through the minds of Internet users. I’d love to know human nature as demonstrated in his day Joseph Conrad and other great novelists. This could separate from the trillions of petabytes of nonsense that populate Internet megabytes worth.

But I am unable. Walk through cyberspace and I find phenomena and inexplicable success. Auditors do not understand why they are so popular, I can not explain megustas sponsored by legions of enthusiasts ready to share the latest memes with the latest Memec content.

Since viral “This man is going to get a snot but never forget what came out of his nose” to the most shameful selfies, the postalitas initialed with philosophy dime or demagogic initiatives … are all real enigmas to me. Besides nonsense, now that I have it clear.

Therefore, the vast majority of creatures that inhabit the world blocks of social networks seem ugliest blocks my world of Minecraft. And that my blocks are still pixelated, the damned.