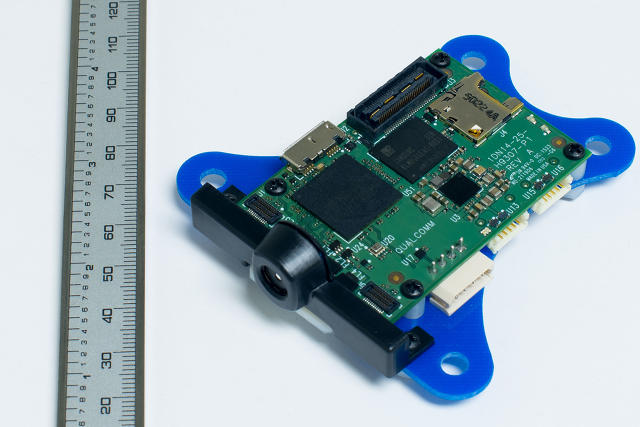 After dominating the smartphone market (its Snapdragon processors are the most used and most prestigious in the middle and upper range of Android), the company Qualcomm is out to conquer the still untapped market for drones.

Just presented this weekend Qualcomm Snapdragon Flight , a platform that offers a complete solution for controlling a drone and add a number of features as standard, including a video camera capable of recording at 4K resolution. It would not be the first drone with a camera of this type, but the smallest.

Qualcomm Snapdragon Flight consists of a kit that includes a Snapdragon 801 processor equipped with quad-core 2.26 GHz. It is the same processor that uses the Samsung Galaxy S5, for example.

The US Company says it has chosen this SoC (system on a chip) because it is the best value processing power / weight offers. It has more advanced but weigh more, and in a drone every gram counts.

A drone Chinese brand Yuneec, which will go on sale in 2016, will be the first to use the platform Qualcomm Snapdragon Flight. But they are in talks with other professional manufacturers of drones.

The American company has spent a year developing this technology, now first shown to the public in the event Qualcomm: Accelerating Robotics, held this weekend.