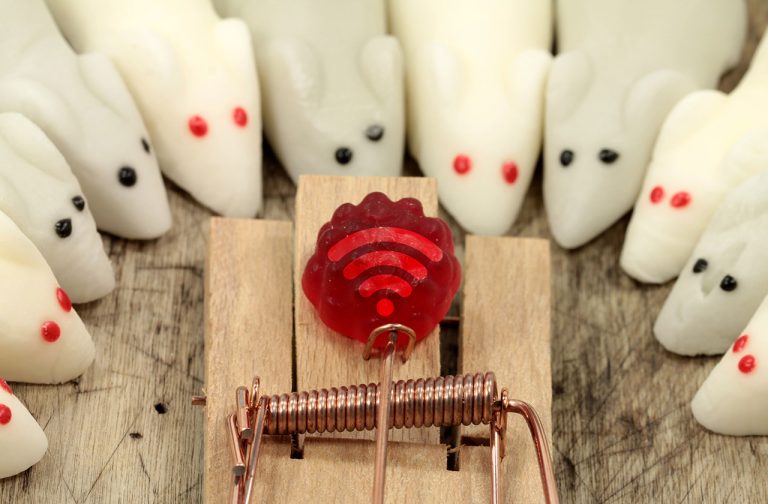 The ads are stacked in traffic lights, bus shelters and street lights of big cities, also on the Internet and even on social networks. They promise free WiFi in exchange for 30 euros, an illegal service also dangerous consequence for victims. It is the business of stealing a neighbor WiFi.

The picaresque in Spain also refers to these ads that promise a booming Internet at bargain prices. The problem is that it is neither stable nor secure and, above all, is not legal. Stealing WiFi neighbor is a crime punishable by law, but is rarely pursued.

A windfall for many pirates as unveiled on Thursday the newspaper El Mundo on a long report in which they have managed to talk to some of these “technical” that promise WiFi in exchange for 30 euros.

Shields your wireless network to avoid being robbed WiFi
A bargain price that varies with the ability to access insecure wireless networks, either be open or have weak passwords easy to decrypt. They even offer the possibility of installing antennas to increase the scope if there are no untrusted networks in a nearby radio.

Connect to an alien WiFi network without permission of the owner is an offense under the Penal Code, but there are several problems. For starters it is not always easy to find the instigator of the crime, second because the criminal penalty is minimal and third because the police can not act on its own as advertisements offering free WiFi are not illegal.

How to prevent intruders from accessing your WiFi
Penalties for connecting to an outside WiFi network without permission are limited to a fine of one to three months provided that the amount defrauded does not exceed 400 euros, and that is something difficult to prove as explained El Mundo.

However, the crimes do not end with the mere fact of connecting to a foreign network. Hacking WiFi key neighbor can be a crime of disclosure of secrets, hence some pirates only offer “help” through tutorials for customers are those who carry out the act itself.

And the problems go much further if the hacker uses the network to spy data or cardholder information, which can be punishable by four years in prison or even more if they perform other criminal activities in foreign networks.

The best website tips and programs to create strong passwords
How to avoid the neighbor steal the WiFi? First of all it is highly recommended to change the password that comes with the router, as there are dozens of pages, guides and tutorials to extract passwords such as your router model in just a few minutes.

Experts recommend exchanging uppercase, lowercase, numbers and symbols to increase the security of the password. The MAC filter for devices may also be an option to keep cyber attackers at bay, but that does not exempt from time to time monitor which devices are connected to our WiFi network.

The business of stealing WiFi neighbor spreads in times of crisis with all sorts of advertisements promising Internet in exchange for 30 euros for life: a lie with very short feet that may have important legal consequences for those who love the alien.