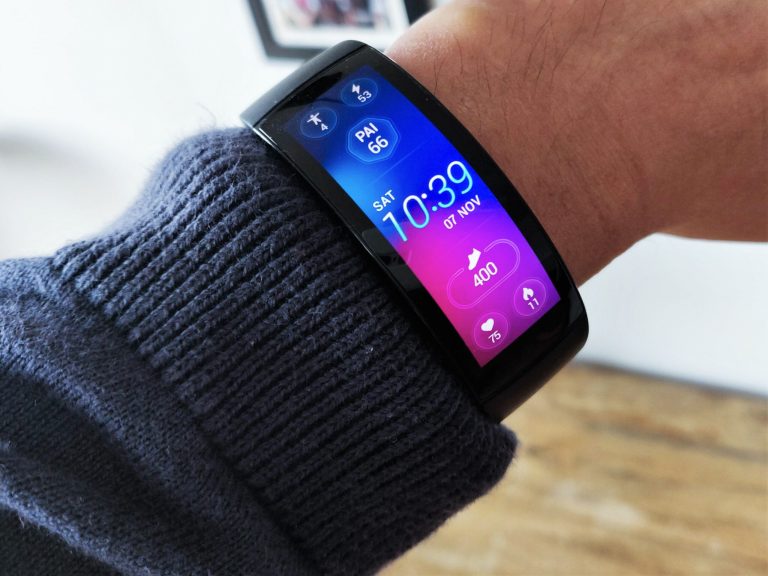 The design takes the pulse of the ‘smartwatches’ trying to approach the traditional concept of these devices.

“If most have been rounded life SmartWatch why would not it be?”. The question makes Luis de la Pena, marketing director of Samsung Telecommunications Spain. The South Korean factory is finalizing details for the commercial launch of its latest device, the S2 Gear, coming this October to stores after being presented at the IFA in Berlin last. After three generations of watches, the company abandoned its format squaring opting for a circular crown, giving this model a “closer” look at the clock, as is understood in recent years.

“There has been a technological leap, but also design,” says De la Pena. It does not refer only to the roundness of the format. And it is that Samsung wanted to make a classic piece bezel as a solution to handle this device in question. Turning, one can move comfortably through the different applications S2 Gear that despite using the Tizen software is compatible with all android terminals. “This is an analog piece of use, which we are fairly accustomed, with digital end and create a more intuitive control.”

The Samsung illustrates two of the great debates -the third, how not, is the battery- which revolve around the wearable technology: how to interact with them and look. As regards the second point, before them, they pushed for making circular or Huawei LG watches, among many others. The latest to jump on the bandwagon was Pebble, who after breaking records with their crowd funding campaigns, presented Pebble Circle. With it, they bet again by the formula of electronic ink in color for several days of autonomy.

As regards the management of smart watches so far, in addition to the touch screens, they have been based on voice control or physical buttons solutions. For example, Apple, which just updated the software on your Apple Watch, decided to convert a digital crown element as a tool to interact with the system.

“Keep in mind that the user is accustomed to using screens five inches in mobile,” recalls Rikke Gertsen. “Design is vital in technology, but in the wearables” said the Danish exercised as an art director at Sony, the first of the great companies of the guild who opted for the smartwatches.

Everything is determined by the format, “designed to wear on your wrist.” “There have to fit pieces such as an antenna or use a comfortable screen. An intelligent clock is a very interesting point of encounter between fashion and technology,” Gertsen rivets.

The industry navigates between experiments and certainty in order to make this product a success of masses. Firms such as IDC or Juniper Research predict that by 2018 the market will move 112 million units annually. The coming into play of Apple’s powerful marketing machine seems to have incited the interest in these devices, after selling 3.6 million watches, according to IDC and register as a seller second world wearable technology behind Fitbit.

However, there are others who see signs of this new takeoff. The Federation of the Swiss Watch Industry reported that last July exports fell 10% from the same month of 2014. The decline was especially noticeable in Asia and many believe that the emergence of these gadgets have impacted demand. For now, Tag Heuer has moved tab and an alliance with Intel and Google to create one of these machines.

While a new pulse ‘techie’ between Samsung and Apple are promises, there are initiatives that, in the same spirit, run through different path. So Sony, with a crowdfunding platform designed to take forward ideas of their employees already working in Wena, a traditional watch where intelligence resides in the belt.

This allow you to make payments, monitor physical activity or even receive alerts. An idea very similar to that of Runstatic Moments.

“You can enjoy the style and functionality of a traditional accessory, while the technology functions and a fitness bracelet,” says Christian Kaar, co-founder of the company recently acquired by Adidas.

“The situation reminds me of mobile phones a few years ago,” he says. “At first smartphones Nokia phones also were called, but they had much to do with what we see today,” analyzes Kaar, who notes that in the end “elements such as GPS or Bluetooth Smart phones normally have ended” . “I think this is also the case with smartwatches. There will be many functions in the future that probably nobody has thought before,” concludes Kaar.