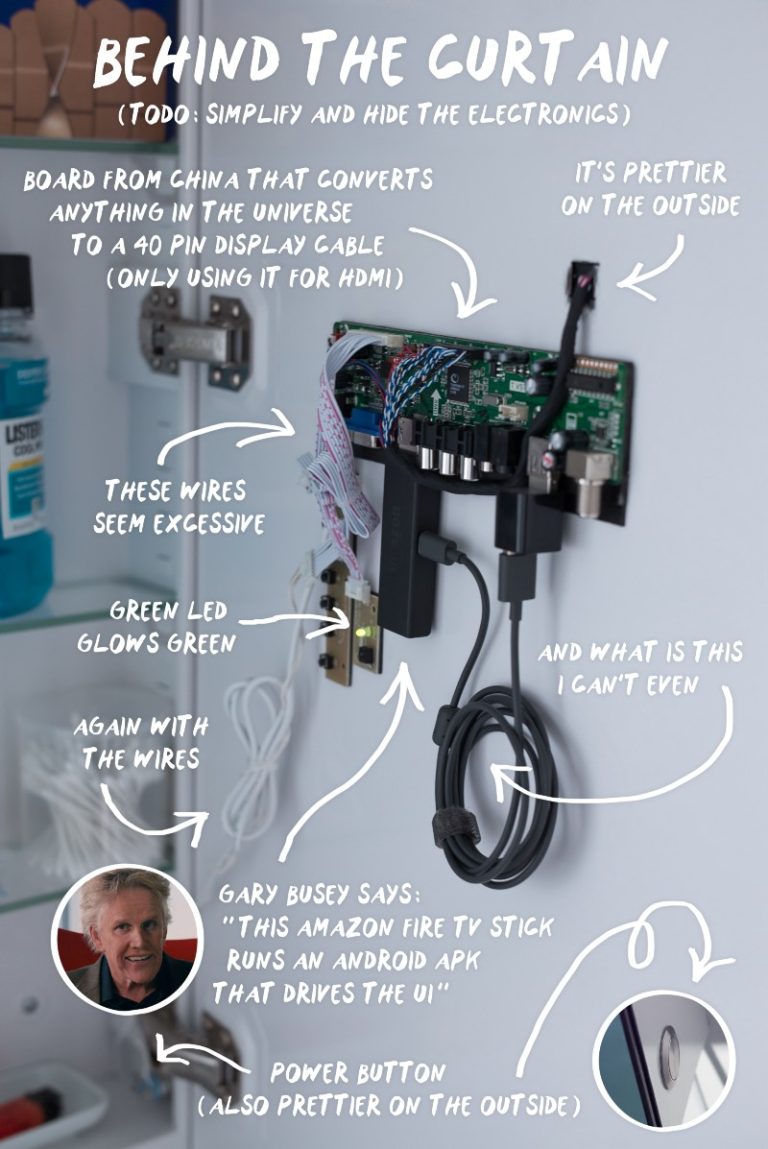 “The mirror of my toilet is smarter than yours”, says confident Max Braun, an engineer at Google, which tells its development in the absence of products of this kind on the market.

Max Braun wanted a mirror as he promised in his teens movies but despite technological advances, no one had put up for sale. Of course, the necessary parts to carry out his dream were so easy to get down to work began.

He bought a double-sided mirror, one transparent and one reflective – like those used in the interview rooms and police stations – along with the other components of the intelligent part: one screen, one control board and various components. This is the result:

It has employed a number of widgets to display the time, weather and breaking news in the mirror. It has decided to use only one color to not be distracted viewing and employs several APIs for Android – how not – to obtain and display data: Forecast for time and Associated Press for news.

It is working to extend its functionality through the power of Google Now reminders or traffic. The idea is that you never have to operate with the UI, it will automatically update or voice is used to search for something.

The screen is a panel of only millimeters thick embedded between the two sides of the mirror, so you can use the furniture perfectly behind it. UI, an Android application that has been programmed, are only a few hundred lines of code and can run on any device with an HDMI output. He is currently using a Fire TV Stick.

The plate is used to convert the HDMI output to an output of 40 pins using the panel between the two sides of the mirror. The Fire TV is responsible for launching the default application interface mirror and obtains data from the Internet.