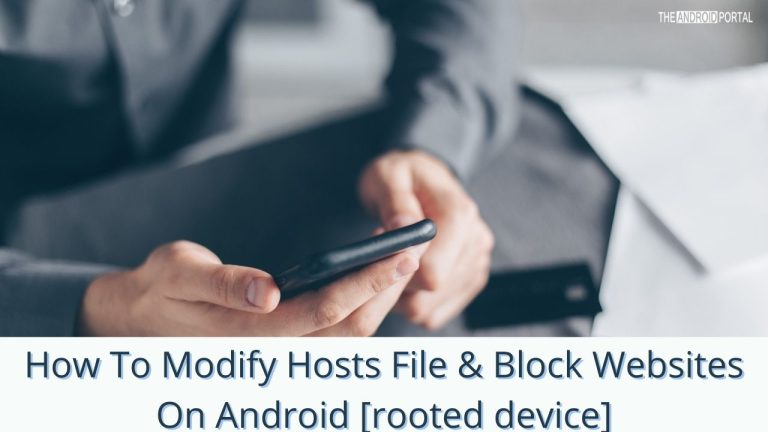 Like it or not, the ability to selectively block advertising is an increasingly demanded feature. Desktop PC is an old acquaintance for years, but is now becoming more and more mobile force.

Until now, if you wanted to get rid of advertising you had to use third-party applications that integrate this function as browser plug Samsung Adblock Fast or browser Adblock), or a global tool style firewall, you need root to run.

The latest version of NetGuard however, does not need root to block advertising. Instead uses the VPN connection, similar to ther Opera Max method, although in this case rather than used to save bandwidth, is to filter the connection.

In Google Play is just a firewall

A Google does not like ad blockers, although the policy about no longer be a bit confusing. While several applications to block advertisements are blocked from Google Play, it is not for browsers that make up the function.

NetGuard itself is available in Google Play, and has an almost identical operation. It is a firewall with which you can review, allow or deny Internet access to each application separately, but you can not use this technique to block advertising.

If you want a version of NetGuard with this added feature, you must download the APK from GitHub. The latest version today is the 2.11 stable. The only difference with the version of Google Play is precisely that of the options Hosts can download files with lists of domains to block.

After installing NetGuard from the APK, the next step is to open the application, discard messages with information and turn the main switch on the top bar to activate the application.

As we have said before, NetGuard uses a VPN connection to your firewall function. To use this VPN connection API introduced in Android Lollipop, which explains the minimum requirement of Android 5.0 or higher.

The power button basically creates the VPN connection and automatically connects to it. The process is completely transparent, so you should not do anything but accept the occasional confirmation windows alerting system that a malicious application could use this method to spy on you.

If you used to feel safer, the developer detailing the operation of the application across both the XDA forums and GitHub. The data to an external server are not sent, but are passed to a local VPN server where they can be accepted or discarded according to the rules dictate.

If you do not yet have sufficient FIAS and knowledge, you can always download the source code of the application from GitHub and see for yourself where to go and how effectively your data are not sent to any external server.

The Hosts file of an operating system is an old method to bypass the resolution of domain names and block access to certain web pages. For example, you can use it to block known malicious sites or domains to serve ads too intrusive or annoying.

NetGuard is no list of the pre-blockade, although it is quite easy to be with. From the application settings, please scroll almost to the end until the Backup section. You have two ways to download a file with pre-loaded lists Host domain block: either using your own file (Import hosts file) or downloaded from the Internet (Download hosts file).

If you press the download button Hosts will download this list. If you have a couple of hours you can manually examine what pages are blocked. Basically, there are several blacklists ad providers merged into a single document.

For ad blocking to take effect you must have two distinct options. The first is to filter traffic (which should generally be checked) and the second is Block domain names. When activated the firewall NetGuard process the hosts file you downloaded to block access to certain Internet domains.

You need not do anything more. Firewall NetGuard return all requests to the blocked domains, so instead of seeing banner ads you see a square showing the error that the domain does not exist. You can test if it is working coming here.

Although it is welcome to enjoy a firewall and ad blocker globally do not need root and is relatively easy to use, the fact is that the experience of NetGuard is far from everything smooth and fast we would like. You must go to the application, activate it and wait for it to connect the VPN.

Certainly not to take much time or effort, but it seems those things you’re going to get tired after a few days, unless you’re using an application to the top of publicity or find yourself browsing the side dark network, where each element of the page is a fake button camouflaged really is an advertisement.

Noting further that the method used NetGuard blocks without any discrimination or whitelist, seems a more appropriate application to activate only when you think you’re going to need extra help to battle with an overdose of ads, and not on the day a day.